About me and my qualifications 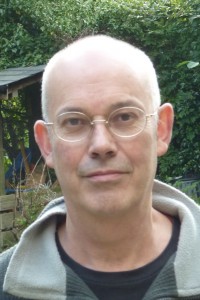 Sandy Sandaver has been practising acupuncture for 30 years and originally studied 5 Element Acupuncture at the College of Traditional Acupuncture in Leamington Spa, Warwickshire. After gaining a Licentiate (Lic. Ac.) to practice he set up his first clinic in Olympia, West London in 1988. He then studied Traditional Chinese Medicine (TCM) in London and received diplomas in TCM theory and the Clinical Integration of Five Element and Yin Yang styles of practice. Following this he worked on the faculty of the College of Integrated Chinese Medicine 1992-1999 in Reading. Sandy completed a course in Supervision and Mentoring in 1998 with Isobel Cosgrove and is still in regular Supervision with her.

He also worked at the Notting Hill Traditional Acupuncture Centre in Ladbroke Grove, at a specialist addiction centre, the Core Trust in Marylebone, two National Health Trusts and Addaction, one of Britain’s largest specialist drug and alcohol related charities. Moving to Hay in 2000 he opened his clinic initially in the town centre before moving to its current location in Cusop Dingle in 2001. Sandy spent three days a week seeing clients at the Craven Clinic in Hammersmith, London and also at the Margarete Centre, in their Drug Dependence Unit at the National Temperance Hospital in Camden.

Eventually, deciding to reduce work in London he left the Health Service and worked from a clinic in Chiswick before deciding to concentrate on developing his clinic full time in Hay. He also carries out locum work for colleagues, is a member of a Mentoring Group in Bristol and London and provides a Mentoring/Supervision service for other Acupuncturists and Health Professionals.

Sandy is committed to Continuing Professional Development (CPD), and has studied / keeps studying many aspects of health related to Chinese Medicine, muscular / skeletal and other conditions extensively. He also leads a Qi Gong group in Cusop (similar to Tai Chi).

Professional Standards
The leading professional body in the UK is the British Acupuncture Council (MBAcC) and Sandy has been a member since its foundation and is bound buy their code of ethics. He follows approved hygiene procedures and uses single use, pre sterilised needles. The British Acupuncture Council arranges insurance for all of its members.